Alright, so I didn't post again last night to wrap-up the concert details. In my defense, I was busy doing essential schoolwork-related items (ah, the life of a student: something Jason Mraz alluded to in one of his meditations on life).

That being said, the latter part of the concert was excellent. Jason Mraz was lively and sang several favourites, including "Life is Wonderful," "Curbside Prophet," and "Geek in the Pink." Besides the typical back-up band, he also had a fantastic horn section with a trumpet, trombone, and saxophone that added a jazzy air to the more upbeat tunes.

Next, he went into what he termed the "easy listening portion" of the set with quieter, guitar-driven songs. The kicker came in what appeared to be his finale when he brought the co-ed Acapella group at Davidson, Androgyny, onstage to sing "I'm Yours" with them. It brought the house down. Although Jason and his band then left the stage for about ten minutes but then came back for about five more songs.

Overall, an excellent concert. My only complaints were the rather cheesy magic tricks and the lack of students in attendance (most of the crowd were clearly either out-of-towners, high schoolers, or non-Davidson college students). Belk Arena is a huge space, and to see it only partway filled is fairly disappointing.
Posted by Caroline at 3:33 PM No comments:

8h46: And the concert is having a ten-minute break, so hence the update!

It's been great so far -- a short but charming set by the Makepeace Bros, who substituted "North Carolina" for "Sweet Caroline" in one of their songs (no, not the Neil Diamond tune); several tricks by Justin Kredible; and a rollicking set from Bushwalla and his band (who he referred to by several names, including Raiders of the Lost Ark).

The Makespeace Bros' music is mostly of the chill/acoustic genre, while Bushwalla covered more territory with a blend of reggae, funk, and rap. His amusing dance moves and occasional moments of juggling bowling pins earned him the crowd's enthusiasm. Also, one of his songs included the line "It's hard to be a gangsta / with a basket on your bike" so what's not to love? He talked about the difficulty of being a gangster in LA, and how it's difficult to maintain your street cred when your vehicle is a bike.

This is a short break and I really ought to socialize, so I'll be back later on tonight with more updates.
Posted by Caroline at 7:46 PM No comments:

LIVE from the Jason Mraz Concert!

Tonight's show will feature the Makepeace Brothers, Bushwalla, a magician called Justin Kredible, and as headliner: Jason Mraz! It should be an excellent show. Whilst the masses waited in line outside, the Makepeace Bros. played a short set outside (three band members -- one plays guitar, one sings and plays guitar, and one sings and plays the ukulele. They attempted witty banter with the crowd, but the difficulty there was that most of their comments were directed to "Davidson College" and most of the at that point was comprised of non-students. Still, their music was enjoyable.

I'm signing off for now (as one of the students in the audience tonight, I have more schoolwork to get done!) but I may be back between acts for updates and reviews.
Posted by Caroline at 6:17 PM No comments:

A rather belated post, I'm afraid -- but here is the second part of the cemetery series. These photos are of the cemetery near the senior apartments on campus. Though the graves are not as interesting as the ones in the Cimetière Bellarbre, this cemetery has the advantage of a large tree to lean against when reading poetry or writing a paper. 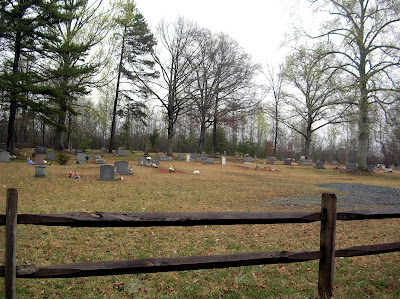 Approaching the cemetery -- it was overcast the day I took these pictures. 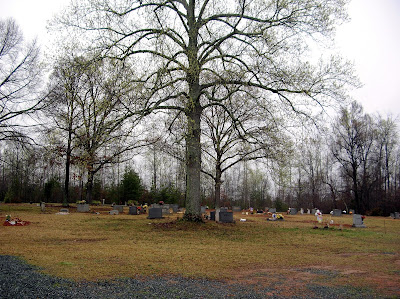 A Most excellent tree 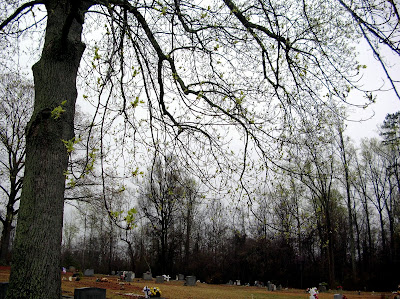 The hazy shade of winter 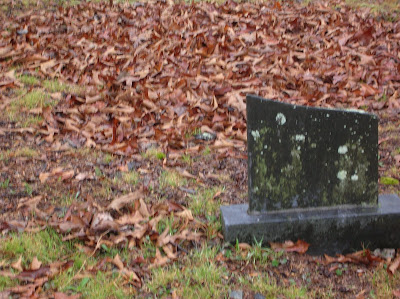 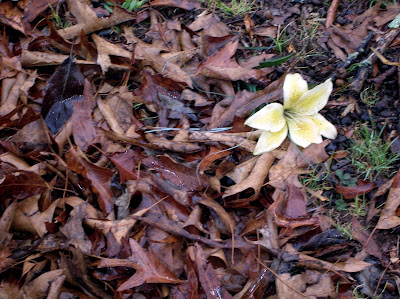 I love the look of wet leaves. 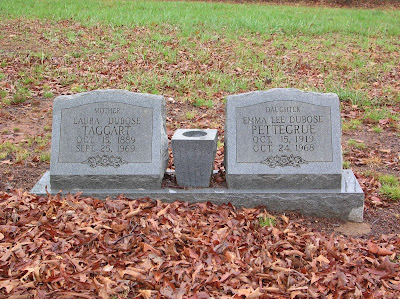 Despite the spelling, the one on the right seems familiar... 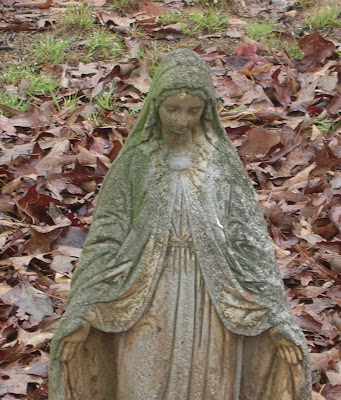 Watching over the dead 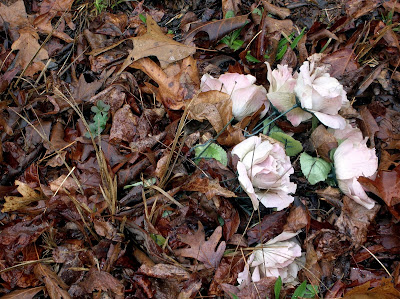 Flowers in the damp leaves 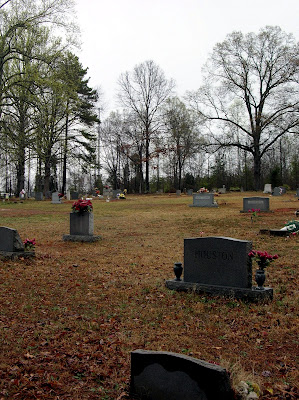 From the back of the cemetery 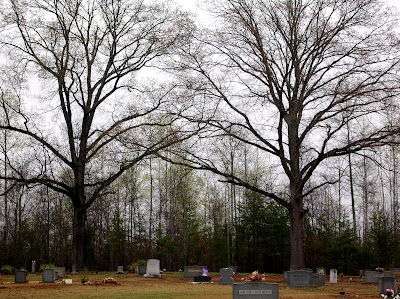 The Two Trees
Posted by Caroline at 9:17 AM No comments: